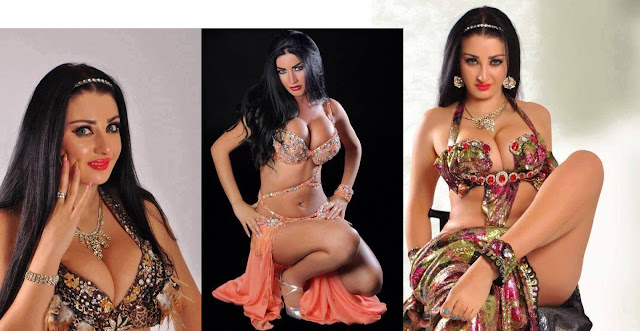 Sofinar Gourian also known with her stage name Safinaz is a Russian Armenian belly dancer famous in the Arab World, particularly in Egypt where she has appeared in several films since 2013.

She started her career as a ballet dancer but then switched to belly dancing. She had international exposure with video clips on the satellite channel Dalaa.

Her breakthrough came in 2013 with her appearance in the Egyptian film The Sweeper that starred Mohamed Farrag and Horeya Farghaly. According to Google data, she was the name most searched by Egyptian Internet users in 2014,  outperforming actor Khaled Saleh who died the same year.

Sofinar Gourian, better known as Safinaz, wore a dancing costume with the flag’s three colours during a performance last year in the Red Sea resort of Ain Sokhna.

The Armenian dancer was also fined $1,966 by the court in Agouza, west of Cairo. Safinaz avoided jail by paying $1,310 bail.

Police previously questioned Safinaz in March over the incident, and she was released on the same day after paying $2,620 bail.

The case was filed after a businesswoman and a hotel owner filed private complaints. The verdict can be appealed.

Speaking about the case in a news conference, Safinaz said that her costume was a “love letter” to the Egyptian people and that there was no intention to insult them.

Her defence lawyer argued in court that the dancer is a foreigner with no knowledge of the country’s laws and had no intention to insult the flag.

Under interim president Adly Mansour, who ruled for a year after former president Mohamed Morsi was overthrown in the summer of 2013, insulting the flag was made illegal by law.

The law, passed in June 2014, enforces jail terms and fines on anyone who “insults” the national flag. Such insults include raising, displaying or trading a flag if it is damaged, washed out, or not suitable for display in any other way. The law also forbids adding pictures, designs or logos to the flag.

Insulting the flag is punishable by law by up to a year in prison and a fine of $3,930.

The 38-year-old, who is married to an Egyptian and arrived in the country more than two years ago, has expressed her wish to spend the rest of her life in Egypt.

She has been an immediate success with belly dance lovers since her arrival in the country, with performances at prestigious weddings and roles in several Egyptian movies.