Keffiyeh: a fashion and solidarity statement 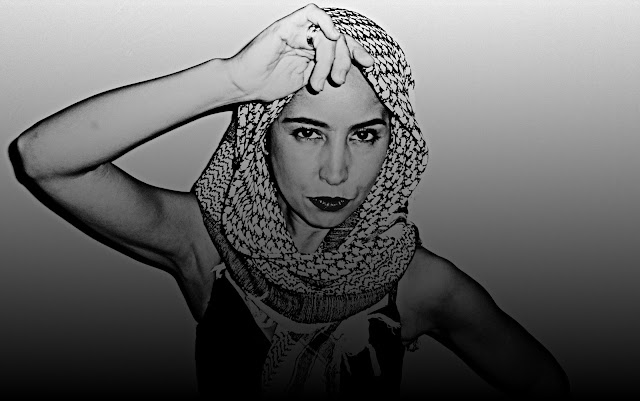 In recent years the Keffiyeh has gained a lot of attention in the fashion world, it became a worldwide phenomenon for many people to wear it. It was sold all over the world mainly being imported from China with people were wearing it for ‘fashion’ as opposed to recognizing it for the symbol it carries, and the struggles it has been through.

Often when Muslims and Arabs express their solidarity by wearing a keffiyeh we are berated and denounced as inherently violent. Those who do not belong to either group and wear it are either considered terrorist sympathizers or simply chic, hipster, edgy, and even fashion forward. Most do not even know what it means and can easily discard it when it is not in season anymore, while we live with it our entire lives. The worst part of all of this is that this sudden popularity of the scarf had not benefited Palestinians in any way.

There is only one Keffiyeh factory left in Palestine in Hebron (Khalil), the ‘Herbawi factory’ continuously struggle to stay open, while most stores buy their keffiyehs from china at a cheap price and re-sell it at a huge percentage markup. It is a slap in the face to real Palestinian Keffiyeh makers who are struggling to keep their business alive. They sell it at a lower price and are the original makers of this item, yet stores who do not care about the Palestinian resistance, and often even criticize it, are outselling them. It would be considered an abomination to attempt to sell a keffiyeh patterned shirt like Urban Outfitters for $115 in Palestine. And although the price is much more fair on the Palestinian end, and is original, they are the ones struggling to survive meanwhile companies that do not care about the Palestinian cause are profiting off it. This cultural appropriation is especially angering  because it was simply another fashion trend which people followed because it was in style. A solidarity staple was donned around the necks of  people who did not even acknowledge the Palestinian struggle. The sentimental value was ripped to shreds when many stores carried it in different styles and colors.


Ben Norton wrote a great article on the cultural appropriation, fashion and solidarity when it comes to Keffiyeh. It is worth reading in its entirety. Read more