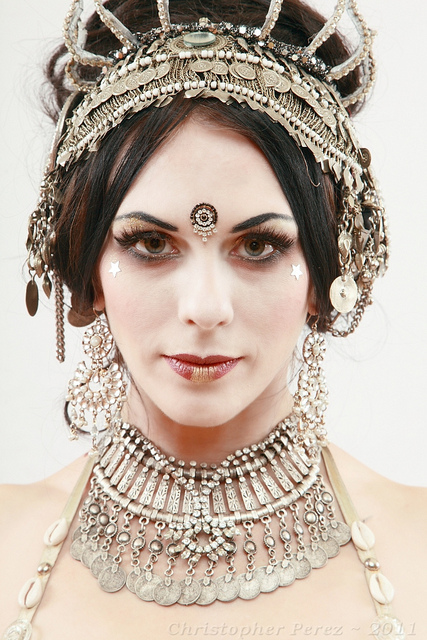 The Black Lotus clothing line is a collection of unique, hand-sewn pieces inspired by the SF Bay Area belly dance scene. Christina Molcillo, the founder and designer, was introduced to the world of belly dancing in 2002 when she attended a performance by the San Francisco troupe Fat Chance Bellydance, who specialize in ‘American tribal’ dancing. She was struck by the innovative and unique nature of the costumes, and how they helped to enhance the drama of the dancer’s movements. 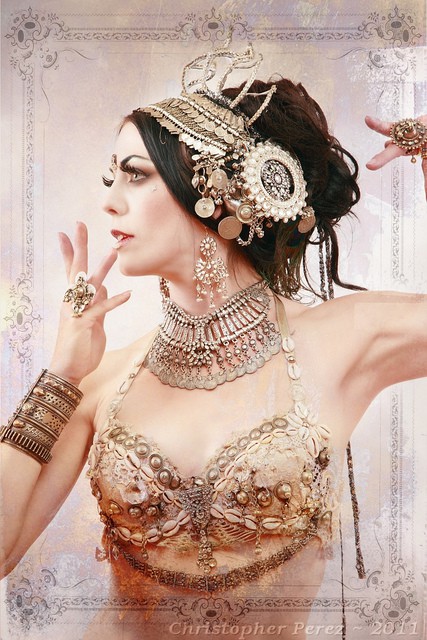 As an artist from the Academy of Art college with a background that includes illustration, costume, and fashion design, she recognized the opportunity for her to become a part of this exciting scene, channeling her creative energies towards a medium in which she could use her skills to create a clothing line that could be as functional as it was theatrical. She delved into the world of belly dance completely, taking up classes with Celena (the "Killer Ziller") and performing throughout the Bay Area with troupe Illumination. In those years, she experimented with her own costumes, discovering what worked while performing, and what didn’t. Three years later, with the help from a former troupe member Jennifer “From the Fig Tree” Black Lotus was officially launched. 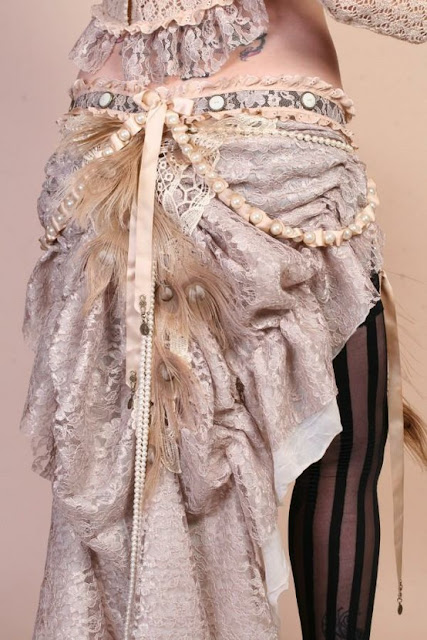