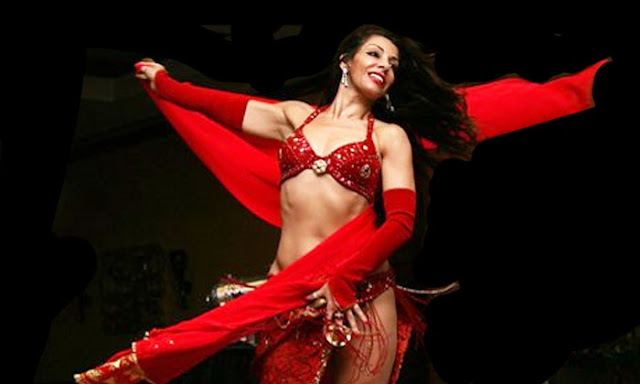 Amira Mor is an internationally renowned Belly Dancer, Certified Fitness Instructor, and founder of “Amira Mor International Entertainment Company.” She was born in Israel to Iraqi parents and was infused with a love and passion for music and dance. She has received world-wide acclaim as a performer, choreographer, producer and director. Amira has drawn a large, devoted audience that has made her one of the world’s most sought-after contemporary belly dancers.

She has developed her own remarkable style of belly dancing, combining her love of classical movement with her passion for modern innovation. The result is a thrilling combination of opposing elements: hypnotic undulations and exciting hip rhythms, finger cymbals, candelabra and sword balancing and the incorporation of a sheer soft veil. She is an inspiration to both her students and her audience, encouraging them to move and feel their own sensuality, as they dance to the pulsating energy of Middle Eastern music. 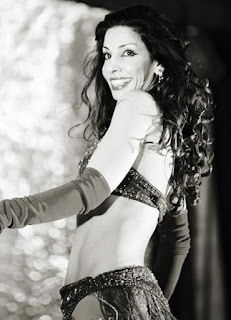 Ms. Mor has produced, choreographed and directed many shows, both regionally and Off-Broadway. In June 2001, she had the honor of choreographing the dancers of the New York City Ballet at Lincoln Center.  She has been featured on numerous national television programs including, Today Show with Kathy Lee and Hoda, “The Caroline Rhea Show”, “Emeril Live”, “Blind Date”, “Faking It” and “The Fox Morning Show” and HGTV with Dina Manzo. She has instructed a myriad of students, including Britney Spears, at the Broadway Dance Center in New York City, where Amira is on staff. She has appeared in numerous music videos such as John Mellencamp’s “Another Sunny Day” and the Spin Doctors’ “Cleopatra’s Cat,” as well as appearing in numerous films such as “The Manchurian Candidate” directed by Jonathan Demme, “Morning Glory” directed by Roger Michell, starring Diane Keaton and Harrison Ford, and “Sex and The City 2”. She has performed around the world with such legends as Ornette Coleman, Sting, Led Zeppelin’s Robert Plant, comedian Jackie Mason and actress Jane Fonda. In addition to performing for The Prime Minister of Jordan, Dr. Abdel Salam Majali, The Prince and Princess of Morocco, the United Nations, the Turkish Embassy, and New York City Mayor Michael Bloomberg. She has performed for, and produced fundraising events for several non-profit and charity benefits, including the Leukemia Society, Eve Ensler’s V-Day, Meals on Wheels, the Humane Society USA, the Henry Street Settlement House Foundation, the Tourette Syndrome Association, the Crohn’s and Colitis Foundation of America, Susan G Komen for the Cure, autism America, the Alzheimer’s Association and the US troops .  In 2011 she performed for the troops in Guantanamo Bay, Cuba.

She has also been featured in many publications, including The New York Post, The New York Times, Dance Spirit, Dance Teacher, Marie Claire, Vogue, W and Elle magazines among many others. 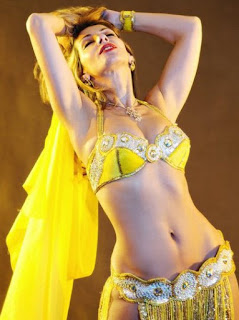 Amira Mor has produced an educational, informative and state-of-the-art instructional series of 14 Vol. Belly Dance DVDs that sell internationally, which she designed to maximize fat burning and body toning, while maintaining a balance between fun and fitness. These DVDs promote a lifestyle of fitness and vitality, which Amira exemplifies and helps all students whether in her school or through virtual teaching, to strive to be their very best. She sells a unique line of costumes and props under her own label, all designed to accentuate the positive attributes of each person who wears them. One of her outstanding accomplishments was directing and producing, the Off-Broadway production of “The Secrets of the Desert”, which featured her dance company.

Amira is the CEO and Artistic Director of the Amira Mor Performing Arts Center located in Hasbrouck Heights, NJ. As part of AMPAC’s bi-annual showcases, students under Ms. Mor’s direction, have performed for numerous non-profit and charitable organizations, many of which are listed above. In addition, Ms. Mor’s talented dancers have performed at the State Fair at the Meadowlands and the Hambletonian Society Parade and Festival. In 2009 they performed for the Susan G. Komen Foundation and in 2010 for Autism and Alzheimer’s. In 2011 they are performing for the US troops and “Safe Haven” against domestic violence.