Belly dance rhythms: The Dum and the Tek 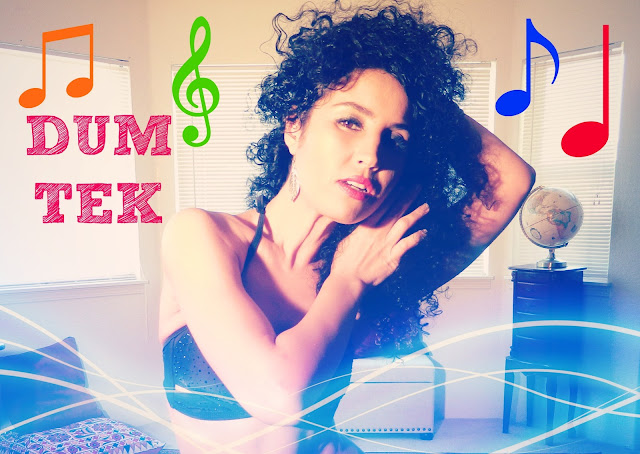 Rhythm in Arabic music is organized into cycles of beats and pauses. These rhythmic modes are known as iqa'at in many Arabic countries, but there are other names for this concept. In Egyptian music they are called durub. In North-Western Africa they are called mazim. In Turkish music rhythmic modes are known as usul and in Iran they are called darb. Each cycle consists of a fixed number of metric pulses (which vary between 3 to 48 or more), including a hierarchy of strong beats, weak beats, and silent beats that define a groove. In performance some of the rests or silent beats may be filled in, but the underlying feel is maintained.

>>> Read more about this concept from this great website