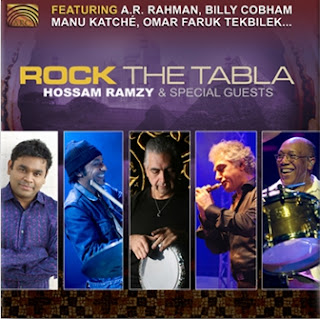 The annual SONGLiNES Magazine Music Awards nominations were announced on the 14thMarch 2012 where Egypt’s Ambassador of Rhythm Hossam Ramzy is nominated for Best Artist category for his album Rock The Tabla,

Hossam said today “I am honoured and deeply inspired to receive this recognition from Songlines, whom I consider to be the leaders of world music. I have always believed that ‘music is the sound of a soul and
rhythm is its heartbeat’, and I feel that ‘Rock The Tabla’ has been a magnificent journey in which I discovered both.


‘Rock The Tabla’ was released in August 2011 to critical acclaim, referred to by All Music as “…one of the best pieces of Arab rock to ever come out of a pair of speakers”.