Sadie and Kaya at America's got talent

By T
/ in Belly talk Vogue
No comments 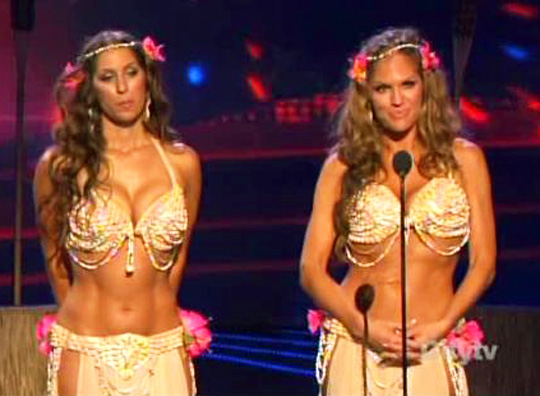 In 2010 America's Got Talent, Sadie and Kaya competed! Not only there was belly dancing on the show but for the belly dance community, it was Sadie and Kaya ... Like oh my God! This seemed to cause quite the stir in the belly dance community. Some thought it was great that they represented the art in such a popular show, others were disgusted by either the performance or the costumes and some just hate these two girls for whatever reason!

Yes we have all seen Sadie and Kaya in better costumes, prettier, classier ... etc but the girls were not performing for a belly dance audience! They were performing for a general audience that knows nothing about bellydancing so the costume is obviously not an issue in their mind although no one could deny, belly dancer or not, that bright colors on their amazing tanned bodies would have looked stunning. But what about the performance? Yes they were great from a belly dance stand point but not for the general public! A drum solo? really? the non belly dance audience wants to see some hip hop mix or some sort of Modern fusion they could relate to. So that left us a bit confused ...

The attitude? well this is why some girls just hate Sadie and Kaya. They play the sex card a bit too much knowing that it sells and I could see that annoying the heck out of some. Beautiful girls always have haters but again from a non bellydancer stand point, what a impression these sexual performances leave on the minds of those who know nothing about the art? I heard a non belly dancer who watched the performance say " All I saw were boobs bouncing up and down"!!!!

So there you go! You can never please everyone and you just do what you want to do, that's how life goes but what do you think? we'd love to hear your opinion. Here is a video of their performance 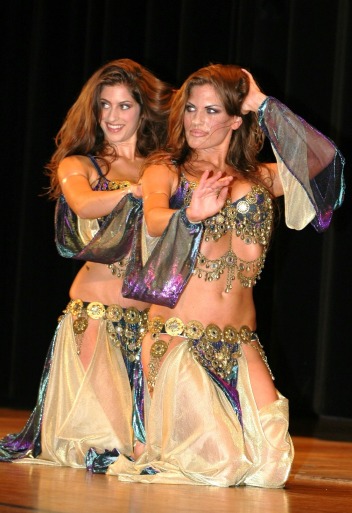