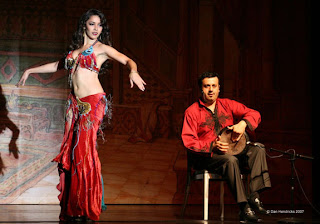 Hallah Moustafa was born Shelley McKinley in the great north-western state of Washington and showed her talent for design and dance at an early age. Enjoying a childhood filled with horses, dance and the best-dressed Barbie Dolls in town, she was obsessed with fashion from the very first.

“I was always making little sketches, and looking at my Mom’s beautiful clothes, shoes and hats.” 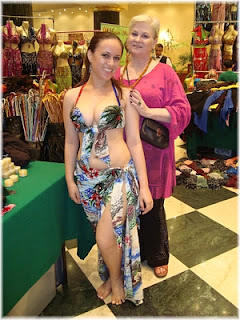 She started her design career at age 14, spending a summer, working at a boutique in Seattle, designing and making leather “rock star” clothes.

“I actually met my mentor, the Countess Anne de la Lanne, through the horse connection when I was a horse crazy kid. She had a chi-chi Quarter horse farm in our area.” The Countess Anne worked as a designer in the French Hauté Couture houses of Jean Patou, Elsa Schaparelli, and Lanvin before the Second World War. Anne was the last direct descendant of the Sun King, Louis the 14th. Interviewing Hallah and recognizing her exceptional design talent, Anne spent 4 years training her in Hauté design, fashion sketch and “The finest things in life.”

“Anne told me that I had to know EVERYTHING about making clothes to be a good designer. She sent me to a great college sewing program where I got my AA degree in Apparel Design.”

After graduating in 1982, Hallah side-tracked into a career as a print & TV make-up artist*. Her training included schooling with the Clinique company, where she made her mark by tripling sales in her area within four months.

Moving to the Los Angeles area in 1992, Hallah met and married an Egyptian, Hosameldin Moustafa, who was an award winning Oudist and singer from Cairo. A great musician, Hosam has a degree in Classical Oriental music from the top music college in Egypt. His great grandfather was the singer/composer Abdel el Hamoly.

“Hosam taught me a lot about oriental music. Our collaboration was key to my dance training.”
Working with Hosam, Hallah ran the dance program at Al-Andalous night club in Studio City. She booked the dancers and created the highly successful “Oriental Stars Showcase”, until the club closed almost 5 years later. During that time she went into high gear, becoming a sought after performer, instructor, choreographer and costumer. Hosam and Hallah also created a new night club for the prestigious Hollywood Park Racetrack and Casino.

Hallah relocated to Cairo, Egypt in 2000, opened her Haram Street Studio and where she works with the top artists of Oriental Dance.

“When I started dancing, no ready made costuming was available. My instructors passed along their knowledge and I used my fashion training to create my own look. Two great costumers, Aisha Azar and Loma, both in Washington State, helped me most of all by passing on secrets of bra and belt construction that I still use today.”

Costuming professionally since 1986, Hallah creates original, one-of-a-kind costuming for the most discerning stars of Oriental Dance. Innovative design, exquisite fabrics and luxurious craftsmanship combine to make the most fabulous costumes available in the world of middle eastern dance. "Egypt is the Paris of Raks Sharki. We create the trends in both costuming and dance." 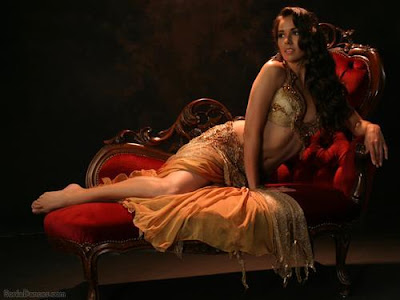 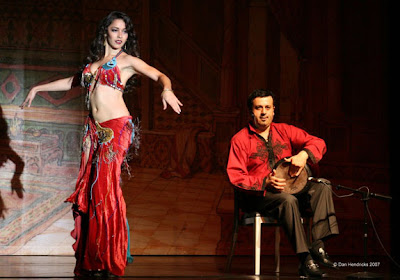 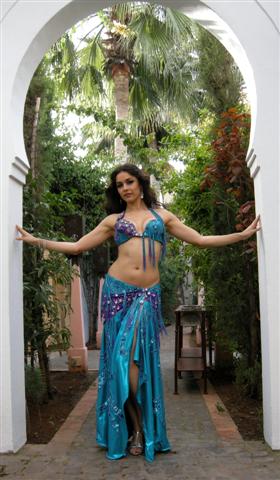